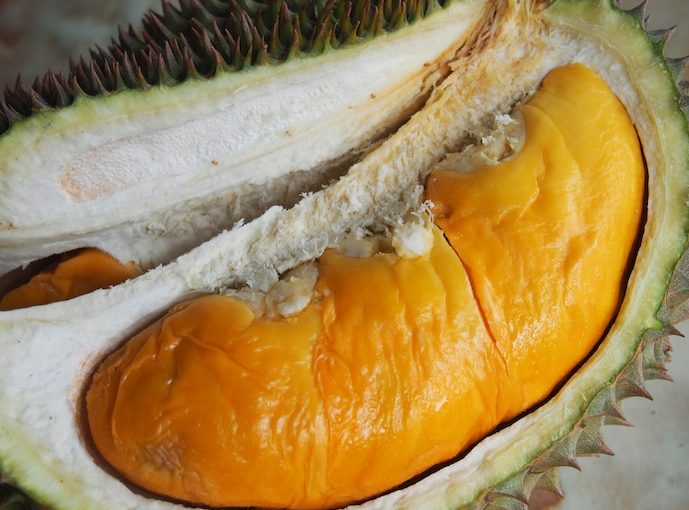 A few days ago we listened to a talk give by a young American called Lindsay Gasik. She calls herself a Durian Nerd and she travels around the world exploring the many different varieties of what is known in Asia as ‘The King of the Fruits.

Her love & passion for this prickly, smelly fruit that repulses most Westerners with its pungent fragrance, but excites those that learn to love it, has given her the chance to explore areas of the world she might never have visited.
Now I’m not quite sure if we love coffee more than Durian, it’s a fine line. When we’re eating a good Durian, maybe a Red Prawn or Masang King variety we would probably agree that it wins hands over, and yet…….a great coffee, well, there’s nothing that compares with that either!  Of course, the after effects of both are very similar. 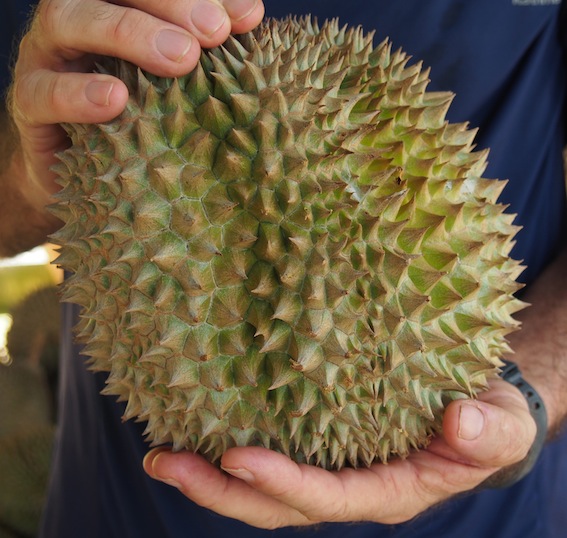 If you love Durian as much as we do then eating too much in one sitting, which we often have, will heat up the body, make you feel a little spaced out, dehydrated and sleepy. Too much coffee will do the same thing after the initial high.
As an antidote for the after effects of Durian some say that drinking water directly out of the  shell solves the thirst and that dipping your hands in the water will take away the smell. But a tasty little fruit known as The Queen Of the Fruit will help to cool you down.  With a coffee overdose, plenty of water will help while you are drinking it. 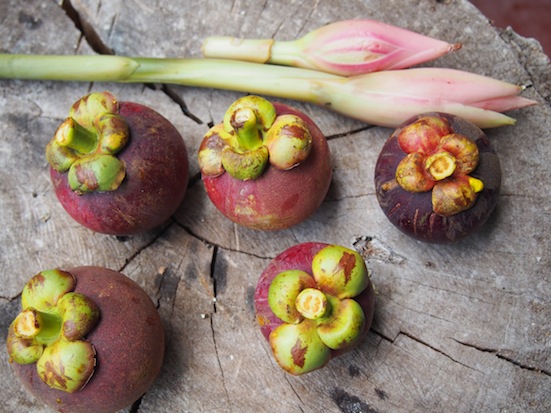 Beautiful Mangosteen, Queen of the Fruits

Like Lindsay, our love of coffee has added something extra to travel and the chance to explore areas otherwise unknown.
Running tours has given us the chance to travel more but it’s often the time alone that we explore and discover.