When I first came to Penang in 1998 there was no such thing as a Western coffee. The local Kopi, a strong, thick brew made with beans roasted until they were something that resembled a tar for the highway, with the addition of sugar, margarine and sometimes sesame oil was the only coffee available.  The roastery would be in the bottom room of an old shophouse with walls and ceilings entirely blackened by years of smoke from the furnace used to heat the huge roasting plate.

As a visitor I was unable to spend more than about 5 mins inside before my stinging eyes and choking lungs would have me racing outside gasping for air. So how did these roasters cope with it every day? What did it do to their long term health? Nowadays these roasteries still exist but many have upgraded to slightly better exhaust systems and for the sake of tourism they have become more user friendly. Now there’s a huge outlet for sales of flavoured and 3 or 2 in 1 local coffee for overseas markets and not just the local cafes.

I could never drink this thick concoction. The sediment at the bottom of the cup and the sickly sweetness of the condensed milk would leave my stomach wondering what on earth had hit it and that was during the years when I didn’t have a problem with fructose!! Though I must admit that on a few occasions I was rather partial to their  Kopi Ice and whether I like the taste of the coffee or not the smell of the beans roasting, often from several streets away, is still pure heaven! What does concern me is the effect on the health of those that sit in the  old coffee shops for hours on end drinking the local brew and more often than not with a cigarette hanging from their lips. In a country that has the highest rate of Diabetes in S.E.Asia then this amount of sugar in an otherwise harmless drink is a somewhat unnecessary addition. All said and done a lot of people I know are quite happy to drink this stuff ( one friend of ours used to drink up to 10 cups a day) but for me it will never do the trick. For a start most of these roasts are from the Liberica coffee varietal. Originally from Liberia and considered to be an inferior bean it is possibly  sweetened to mask the bitter notes.

Liberica makes up about 90% of the coffee plantations throughout Malaysia whilst the other 10% is Robusta, also a lower  grade bean and often blended with Arabica to impart more flavour at a lower  cost. Although I sometimes don’t mind this blend I’m not partial to  Robusta alone as it does boast a higher caffeine content, is more acidic and has a bitter taste. In the last 5 or so years the Western coffee culture throughout Malaysia has taken off and there’s been a boom in cafes run by entrepreneurial young people. Many have experienced coffee in Melbourne, Sydney or the States whilst studying at Uni, have been lured by the bean and gone back home to try their luck  behind a beautiful Synesso Espresso machine.

Some cafes have what it takes and survive. Others that haven’t quite done their homework and don’t realise just how many coffees they need to sell each day to cover costs sadly close within months of the grand opening.

Competition is fierce just as it is in the West, but if everything gels, great  food, a passion for serving amazing coffees, a knowledge of the Industry and superb customer service then it seems you can’t go wrong.
And in my experience location doesn’t matter because if all the above are just right then your cafe will be found even if it’s in a field in the middle of nowhere. Penang Coffee in a Bag 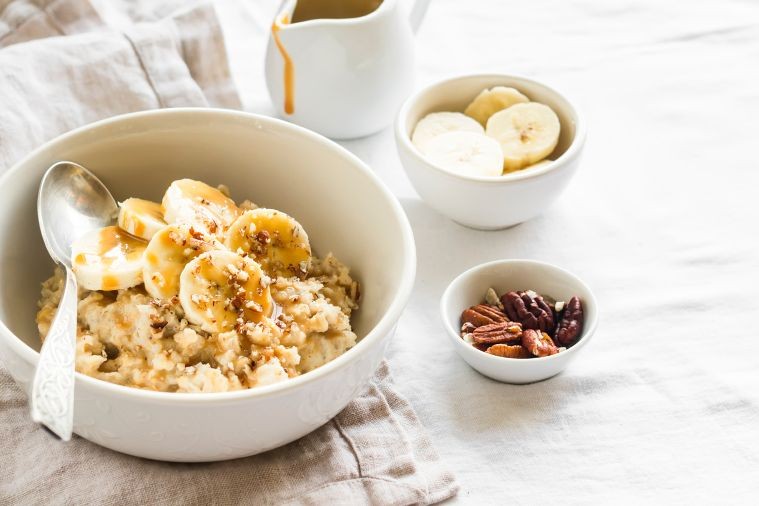 I love this article written by Annie Stevens in the  April Edition of Australias’  Delicious Magazine. Just sums up all my thoughts about AMAZING PORRIDGE.

‘Topped with everything from violet sugar to mulled wine, porridge has never been better.
Here are some of my earliest memories of porridge. The watery slop served at a swimming camp that still somehow reminds me of the smell of chlorine, and the perfect steel cut oats that dad lovingly prepared each morning. The ones that my brother and I sulked about because we were pretty certain that every other kid in the world got to have Coco Pops and why were stuck with boring old porridge? Oh how things change (sorry Dad).

Because now my thoughts often turn to creamy porridge topped with a glug of cream, sliced banana and brown sugar. Or if I’m feeling virtuous, porridge made with quinoa flakes and almond milk, with a dollop of nut butter and berries.

I’m not alone. Porridge is now a sexy food. Which seems rather incongruous given its general colour and texture. But scan the breakfast menu of cafes such as Edition Roasters in Darlinghurst and spot the bowl of grött and glögg, Danish porridge with house mulled wine, decorated with rehydrated fruit, honeycomb and lavender (just TRY and resist ‘gramming that), or the oat porridge strewn with strawberry and rhubarb compote, violet sugar and pistachios at Richmond’s Top Paddock.

We’re not even talking about things like Heston Blumenthal’s snail porridge when we say porridge is getting posh, it’s just that after 32, 000 years (yep, the ancient people were said to eat porridge for breakfast) we’ve maybe hit porridge nirvana.”

Brent Savage, co-owner and chef at Sydney’s Yellow says that the “yellow-bix” oats, fruit, maple and buttermilk dish remains a popular choice on his weekend brunch menu. Partly, says Savage, because people choose porridge because of the mood they’re in.
“Porridge is surprisingly popular these days, especially now that we are coming into Autumn. People seem to be nostalgic about their childhood experiences of eating porridge at home…sometimes good, sometimes bad,” says Savage.
“I love the feeling of satisfaction after you eat it.”

“Porridge is also bang on the clean eating trend, given that plain old oats are high in fibre, protein and the low GI factor keeps you full longer. Plus, there’s the fact that you could swap in other health-conscious grains such as quinoa or amaranth instead. For Corie Sutherland, co-owner of Edition Roasters, the versatility of porridge is a key factor in its appeal.

“Porridge is getting fancier per se, because it’s such a plain staple. There are so many possibilities and creative things you can do with oats and other various ways to cook them, and why stop there – there are other wonderful grains that we can turn into porridge … its versatility is astounding as a culinary premise,” he says, adding that at home he tends to make okayu – Japanese rice porridge.

Another facet of porridge’s rise is due to it being an unlikely winner on Instagram. Indeed, in a direct competition to avocado toast, you can’t scroll too far without coming across a snap of someone’s bowl of porridge lovingly decorated with symmetrical lines of banana slices or oats sitting pretty in a puddle of syrup, often hashtagged with #porridgeporn or #porridgelovers.

It seems porridge lovers are a tribe, with leaders that include the likes of food blogger and cookbook writer Ella Woodward from deliciouslyella who flies the flag for porridge addicts with her regular porridge ‘grams. She describes her love of porridge on her blog as like “eating a giant hug,” which is not inaccurate. Plus, it might even help you to live longer.

All of which adds up to porridge pretty much being the ideal food for the finicky times we’re living in. The inherent customisation that porridge offers is endless – from Jamie Oliver’s recipe for quinoa, oat and linseed porridge topped in his new book, to model Chrissy Teigen’s mum’s “hangover curing” rice porridge in her book Cravings. As for what’s next in porridge? For Sutherland at least it might just involve “something fermented” on the menu at Edition Roasters.

There are, however a few cardinal rules of porridge. Namely, that you must use decent, chunky oats, get the liquid to grain ratio right (purists use only water, but experiment to find your own preference), consistent stirring is essential for creaminess, and as any Scotsman would tell you – don’t forget the salt.

Oh and there’s probably one more porridge rule for the modern day fan to abide – don’t take too long Instagramming your bowl. Because it doesn’t matter how you make your porridge or how many roasted nuts and seasonal berries you sprinkle on top, it remains a truth that there’s nothing sexy about a cold, solidified bowl of oats.”

Five bowls of porridge to try in Sydney.

And, as a last link for my posts on porridge have a look at one of my favourites from The First Mess, an award winning food blog by Canadian Laura Wright. Laura’s beautiful photography tantalizes the taste buds and all her recipes are created from plant based and seasonal food.